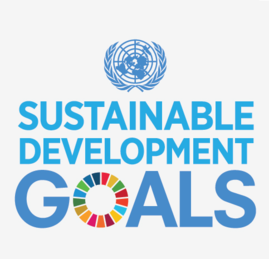 Throughout the Global Engineering Congress (GEC), the word capacity, which the United Nations defines as ‘the ability of individuals, institutions and societies to perform functions, solve problems, and set and achieve objectives in a sustainable manner’ was used many times [1]. In order to achieve the Sustainable Development Goals (SDGs), the skills, processes, and cultures needed to make an effective and lasting change – either on an individual, regional or national level – must be built up, developed and retained on each of those specific levels, i.e. capacity building.  Despite the positive and productive conversations that took place during the congress, the biggest challenges and changes will arise in the coming months and years, when people return home and start to implement the ideas that they learnt in London. Below are two examples outlined at the GEC of how capacity building has been implemented, and how it has been successful in furthering the SDGs.

The first example comes from Ashok Basa, former President of the Institute of Engineers in India, who detailed an example of capacity building in natural disaster management. The case study he talked about was of the cyclone which hit the state of Orissa, East India, in October 1999. With winds of up to 155mph, bringing a 7m tidal wave that swept over 20km inland, this devastating disaster resulted in over 10,000 fatalities [2]. It took a long time for the region to be able to start rebuilding the many devastated towns and cities.

Following the cyclone, new disaster management infrastructure was developed, designed to build up the resistance of the region against another similar disaster. Cyclone management groups were set up at a village level, with members trained in how to organise evacuations and carry out search and rescue operations,amongst other things. Schools were designated as cyclone shelters, able to shelter whole communities in case of another disaster. Rapid action groups were created for the region;,and emergency operations centres were formed at both a state and district level.

Fourteen years later, in 2013, the Phailin cyclone came to the region, bringing with it potentially devastating floods. This time, however, the state monitored the situation in the run-up to the cyclone’s arrival, and meetings were held with representatives from all the regional departments to review its status. After this, the authorities were readied, mock response drills were carried out in all cyclone shelters and cyclone warnings were disseminated through communities, most notably via social media. What followed was the largest evacuation program in such a short space of time in the world, with 1 million people moved out in 36 hours [3]. Normalcy was reinstated to the affected region in 48 hours. Relief rehabilitation and reconstruction had been replaced by planning, preparation and prevention. It is therefore clear that for the areas of the world affected by natural disasters, the whole community needs to build up capacity in disaster management most likely led from the state level, so that they are fully engaged in the plans and procedures required to reduce the loss of life.

Reine Mbang Essobmadje, the President of the Digital Economy Committee from the Cameroonian Business Council, presented on the methods that are required for capacity building within education in Africa, harnessing the power of the digital age. Africa has a need for quality education everywhere; in fact 2.5m new engineers are needed in sub-Saharan Africa in order to achieve SDG 6 (clean water and sanitation) [4]. The continent needs smart educational, open source software that can adapt to student needs, AI tutoring systems, and universal access to global classrooms. To meet these requirements there is talk of leapfrogging professional skills using AI, as the rest of the world spends time preparing for this inevitable shift.

Furthermore, smart phones should be used as a platform for day-to-day operational management in education and other industries as they become ubiquitous across Africa. Ultimately, there is a strong need for game changing and disruptive attitudes in Africa, and an embrace of the new technology. There are already indications of a change in the digital culture. Among them are a digital coalition geared towards getting girls involved in STEM, and solar powered internet schools set up by Samsung in six African countries. The schools are large shipping containers filled with solar powered student laptops and sitting spaces, a server, internet access and an e-board [5]. For these schools, Samsung has partnered with Intel and Korea Education and Research Information Service (KERIS), which has installed content on the computers and trained two teachers from the host school in Korea to manage the internet schools. These two teachers have gone on to train other teachers in the software and a selection of students from the classes in how to use the laptops, enabling the students to go on and teach the rest of the class.

It is clear from these examples that capacity building is possible even with limited resources. The success of these programmes has all depended on having at least one person who is a driving force, empowered to make a change, who can enable a sufficient number of people to create a tidal wave of culture and skills development, as well as retention, which will stand the test of time.