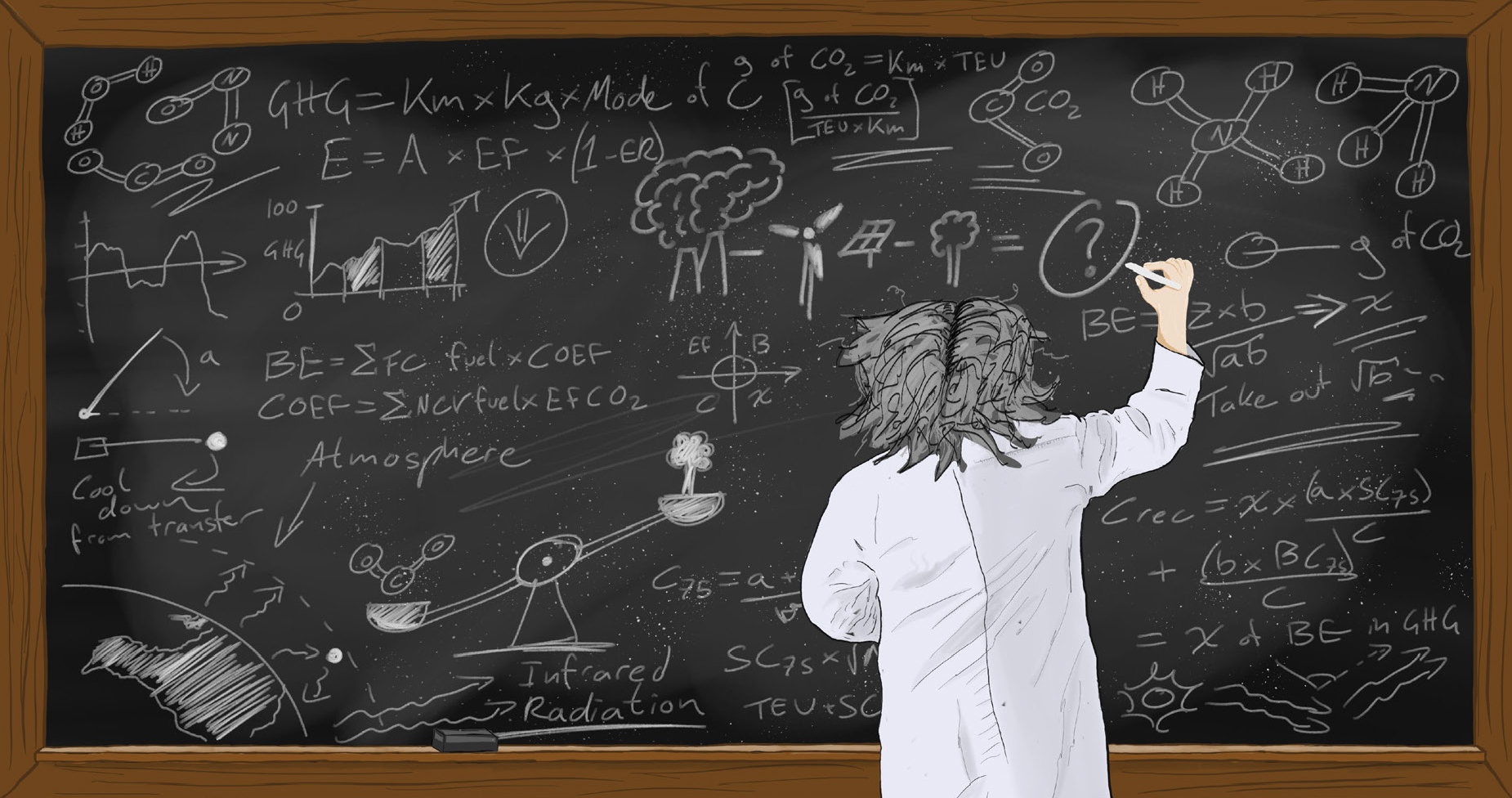 At what point is it okay to offset? Is it better than doing nothing or does it stop us confronting difficult truths?

There are a number of offsetting schemes that channel money from those who are willing to pay to those who need the funds for low carbon projects. These help maximize the carbon savings achieved for a given amount.

Watch the event summary for an overview of the Conversation. Links to panelists’ presentations can be found at the end of this article.

It is increasingly becoming a key component of the response to the Climate Emergency, especially for organisations that wish to achieve zero carbon status in the next ten years. But is this morally acceptable?

Can a philosophical approach help us answer the question? Philosophy tends to break down the issues into sometimes unfamiliar constructs often using language and concepts that are unfamiliar to the built environment professional. Guidance is forthcoming however, albeit in a subjective rather than an absolute way. According to Luke Elson it is ‘OK’ to offset so long as we are prepared to accept a degree of ‘moral risk’ [there may be a whole philosophical treatise required to explore what this might mean]. The indulgence industry is alive and well!

This positive endorsement of how the individual might justify say a flight to Australia until battery-powered flight arrives, very much emphasises the personal perspective on offsetting. The corporate airline, if all its passengers were offsetting their carbon emissions, in this case could be justified in saying that if each of its passengers offset the carbon used in its flight then it has met its own obligations. In the case of the airport take the example of Heathrowwhich hopes that with a third runway it will be able to take an extra 265,000 flights a year and says that it plans to use offsets to make it “carbon neutral” by 2030 and to be “zero-carbon” by 2050, even though it will build one of the world’s largest car parks and directly increase global emissions by millions of tonnes of CO2.Already we should be feeling a little uneasy.

Luke Elson’s position is equivocal but positive: “Carbon offsetting is more morally complex than we might think, and may involve harming some people to protect others, but it is ultimately defensible.”

Others however are unequivocal in their view that offsetting should be avoided. For many of the schemes that the airline passenger could use, there are questions of proof, trustworthiness and the concept of ‘additionality’ – would the carbon reduction measures have happened anyway without the offsetting funds? There is also the time factor: tree planting is all well and good but it requires a long time-span to deliver the CO2 reduction.

Above all it brings us into the murky world of carbon pricing. “They don’t work. They skew the argument away from the core problem.” Says Esme Stallard. This is because the cost of the offset can be as much as 1,000 times less than the impact cost. And furthermore offsets divert attention from the polluters where much off the difficult changes need to be made if we are going to reach our net-zero carbon targets. Stallard points out that the construction industry needs to take a look at itself before trading away its carbon guilt with offsetting. Accounting for over 40% of total emissions the built environment has a huge impact which needs to be tackled directly.

This impact is broken down usefully by Steven Kellett, Sustainability Manager at Argent. They are lucky in that the size of the Estate at King’s Cross allows them to have their own energy centre and they can control the carbon content of that energy through purchasing green energy [another panellist introduced the tantalising prospect of a ‘vegan renewable gas tariff’]. This is an organisation which is forward thinking in taking a proactive approach to calculating their own carbon footprint, managing the elements that can be managed and offsetting those which can’t – embodied carbon and energy in used by their tenants.

In the complexity of engineering, morality and economics spare a thought for those who actually have to justify this activity: “it’s not perfect; but perfect should not be the enemy of the good” says Kellett who feels that those who offset offsetting have to face far more scrutiny than those who do not. In particular he feels important that offsetting should not be seen as part of the energy efficiency capital investment, but as part of their Corporate Social Responsibility budget. No absolution here!

Argent’s main development is in King’s Cross and is therefore subject to the stipulations of the 2009 London Plan. Syed Ahmed explained how much of the national push-back on zero carbon policies by the then Government were given a stay of execution in the London Plan. The city should therefore be a world-leader in this field and the audience wanted to know what model it could provide to, say, cities in India broadly to include other energy consumers such as transport.

“We operate in a sub-optimal environment” say Ahmed and in his view companies should assess their carbon footprint and plot a way out, using offsetting as only a temporary measure while still seeking a long term zero-carbon trajectory “without the indulgences”. He also feels that we should look at this from the point of view of policy makers in a democratic environment; there are other benefits and social dividends which need to be taken into account such as tackling fuel poverty and air quality.

The GLA also provides guidance on the allowable schemes for offsetting in London and this is the environment that James Davies, Sustainability Officer at the London Borough of Camden has to operate. Offsetting is a windfall from planning legislation and their problem is how to spend it.  “The UK should be ‘focussing on the hard yards’ and this means retrofit of housing and infrastructure,” says Davies.

Camden manage their offsetting receipts through a climate fund from which local individuals and organisations can bid for funds to install things like solar panels. “It takes a lot of money to spend money,” says Davies looking in particular at the heat economy where the infrastructure required for heat networks is expensive and difficult to retrofit. But these are the hard yards that we need to get to grips with in a “hyper-localised” way, rather than the arms-length tree planting schemes in some far-off land.

But is this policy naïve about the challenges local authorities can deal with in isolation? Is there a finite set of projects that can be tackled at a ‘hyper-local’ level? How long does it take to get people out of fuel poverty or retrofit all the schools in the borough? Are there more effective city-wide schemes that should cut across local borough boundaries? ”Heat retrofit is the most cost effective but only if we do it at scale,” says Davies. Although cash-strapped local authorities may struggle with the administrative infrastructure, given the question of social value it seems we should support this policy.

There is a further conundrum in the world of offsetting: how do we select schemes that will work for us in the interim period? On this the panel and audience were united: professional guidance to provide a ‘gold standard’ schemes managed as part of the overall carbon footprint. Could we therefore continue to support effective projects in, say, Africa, but not as an indulgence? And finally there was again pretty much unanimity that a carbon tax would be a better approach and should be encouraged. However this is a long way from the political agenda at the moment.

Trevor is a Sustainability and Wellbeing consultant for the built environment. He believes that without sustainability, wellbeing is luxury and without wellbeing, sustainability is poverty. He has worked on a wide range of projects including wellbeing assessments, post occupancy evaluation, life cycle impact assessment, energy management, building physics and sustainability assessment. He is also an expert in Indoor Environmental Quality, Multi-sensory experience, and Wellbeing having completed an Engineering Doctorate titled, “Developing a holistic set of parameters to evaluate and monitor indoor environmental quality”. He has published numerous academic papers and contributed to industry reports.

Luke Elson is a lecturer in the philosophy department at the University of Reading, where he has taught since 2014. His work is mostly in ethics/ moral philosophy, and focuses on moral nihilism and on questions (such as climate change) where each individual action is a drop in the ocean. He is originally from Llanelli, in South Wales.

Syed Ahmed has close to 20 years working in the sustainable energy industry in a wide variety of roles and organisations ranging from Friends of the Earth, the Combined Heat and Power Association, the Greater London Authority, Arup, and as a director of a trade association working in the insulation sector. Syed established Energy for London, a research and campaigning organisation supporting London’s progress to becoming a low-carbon city.

Steve is a sustainability manager for the highly respected property developer, Argent – known for the regeneration of King’s Cross. He has responsibility for driving environmental sustainability across their activities at a corporate and project level and is currently focussed on King’s Cross becoming the first zero carbon estate in the world.

James is the Sustainability Projects Manager at London Borough of Camden responsible for leading the Borough’s work on carbon reduction.

Esme is a climate change and cities consultant in Arup’s planning team, and has worked extensively on the development of city climate action plans, most recently with the publication of Los Angeles’ Green New Deal. She has worked closely with the likes of C40 Cities and EBRD to identify how climate-conscious policies can be more equitable – engaging with hard to reach groups to achieve more inclusive urban development. Esme is currently seconded into Surrey County Council to project manage the development of their Climate Emergency Strategy – one of the first of its kind in the UK. Whilst working with cities Esme has witnessed the struggles that cities face in trying to balance their climate ambitions with their growing populations and demand for infrastructure and services – she has explored with the World Bank the role that carbon pricing can play in ensuring that the construction industry and city governments work more effectively to address the emissions from the built environment.