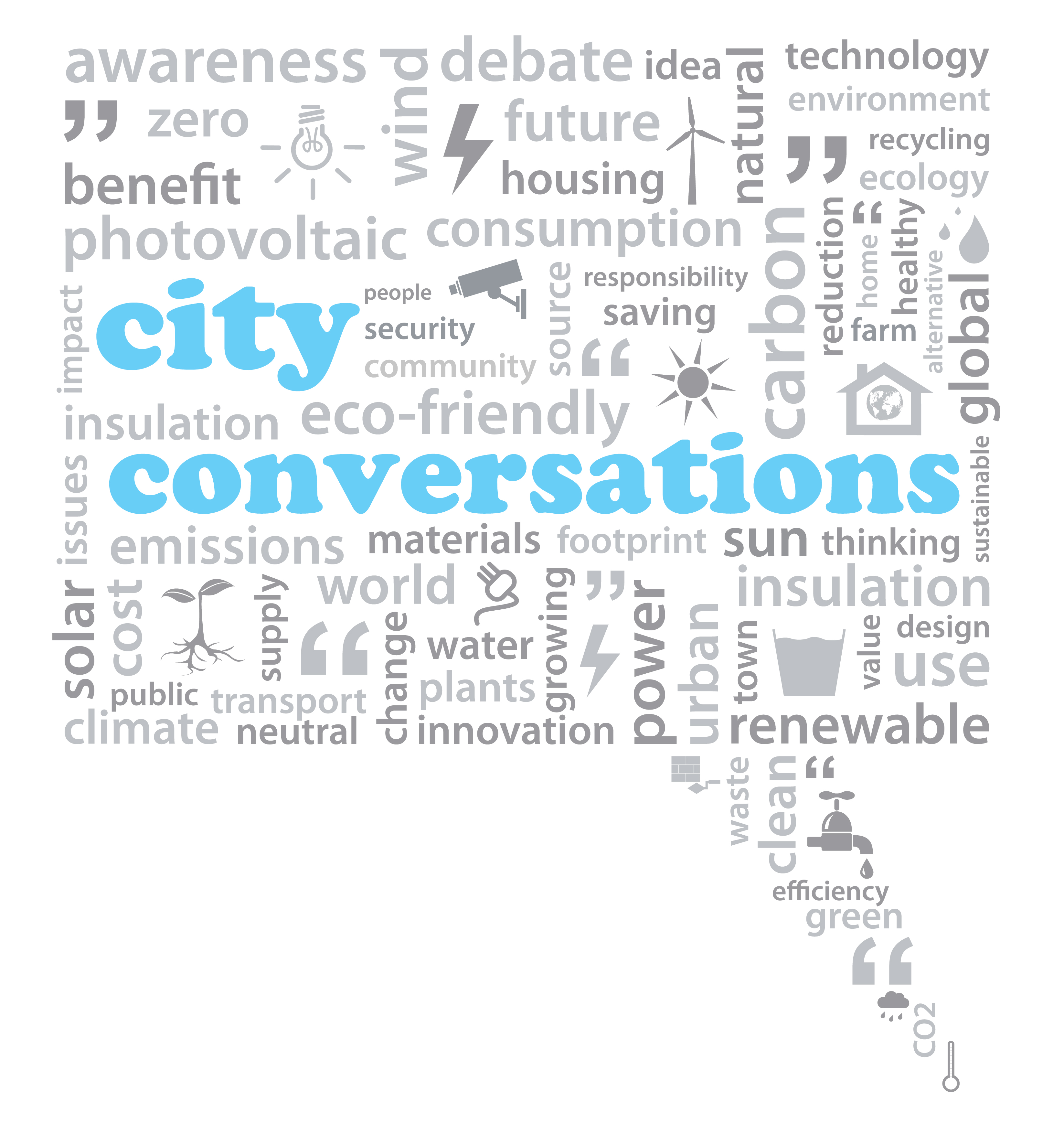 City Conversations: The Living City – Making sense of the data that results from the interaction of people, buildings and cities

Robert Moyser, a Director at BuroHappold Engineering, chaired the Conversation and reviews the main issues that arose.

We have been thinking about the role of technology and the city for a number years, both from a research capacity and from a project perspective. The idea of The Living City is a response to a technology only focussed discussion around Smart City planning. We feel that a more holistic view of sustainable urban design, enabled through technology, is the way to go. Naturally it plays to our strengths as an engineering firm and it also enables us to delve deeper into the user experience and the additional benefits technology can bring.

The Living City consists of four key elements: governance and growth, environment and natural resources, urban development and infrastructure and, most importantly of all in my opinion, society and community.

Technology has traditionally impacted these elements through service domains such as mobility, energy etc. Some of these systems are available and in use in urban areas now. Some are currently at early adoption stage and may become mainstream in a few years and then there are those more disruptive technologies that may have large implications to how we live, work and play in cities that may start to influence in five years plus.

Cities are inherently complex and the range of factors that influences how a city behaves and performs on any given day are multi-variable. For example, different systems interact with, and are influenced by, each other at multiple touch points during a typical day and often at the same time. The systems also serve a variety of users at varying levels of intensity.

My view is that our industry, as well as the cities themselves, has fundamentally failed to realise the value of analysing this complexity. Systems are still being planned and deployed in a siloed nature without fully taking into account the long term sustainable impact and value into decision making.

I believe that creating a value model that satisfies the need for a suitable return on investment plus demonstrating broader sustainable outcomes to the wider city, to development and citizens over the lifecycle of a solution will help mitigate the current short term, low risk mentality in our industry. It will also hopefully help break down internal budget lines within the public and private sector.

This view is confirmed by Steve Lewis who has spent much time trying to leverage a less reactive approach to the evidence vs. investment Catch22, which exists in such pioneering activities

Key in this discussion is being able to capture social, economic and environmental value in a more standardised way (than it is currently) and then creating the whole lifecycle business model to demonstrate this. I am hoping Bridget will briefly discuss this during her presentation.

Do we really know enough about what citizens actually want (in terms of products and services) from a new development or smart city? The feedback I continually get is a resounding ‘probably not’.

From previous research we commissioned we found that:

Many citizens felt that they have little opportunity to get involved in the development of their city in a collaborative way, unless it was by objecting.

There was very little collaboration, communication and networking between existing technology and innovation communities and between those communities and the city itself. Therefore, latent potential was remaining untapped and talents were not being used to help solve city problems

As built environment professionals, we rarely include or ask the target demographic of our future developments what they actually would like. Service design is non-existent.

However there are organisations, particularly in the commercial sector, who specialise in looking at the issues from a social perspective. Matt Gee works for one such organisation where they look at the economics in terms of a ‘value exchange’.

Citizens should be engaged in the decision-making process of new cities, developments and interventions. And we, as responsible designers, need to facilitate this research effectively into our decision-making process. We need to learn from other industries like digital media and marketing alongside product design firms. Matt will hopefully pick up this area in his presentation.

We should all know that technology is already starting to have an impact in our cities. The slide presentation gives a quick overview to highlight the many technologies that are either currently available, likely to emerge in the 2-5 years and the more disruptive technologies that might impact our urban realm in the next 5-10 years plus.

So, in summary, Uber and Air BnB have already disrupted their respective markets, free wifi and HD CCTV is commonplace, waste collection is harnessing sensors in the public realm, movement patterns are being influenced by Citymapper and footfall is being analysed through video analytics to optimise retail rents. Environmental sensors and monitoring are coming more prevalent as is digital art, digital signage and advertising, smart parking etc.

So within this context, Thought Number Three is that we are failing to maximise the current deployment of technology solutions within cities by not being able to consistently harvest, store, analyse and feedback real time data produced by the City. Without this, decision makers are unable to create an evidence base that can justify large-scale investment.

A City Operating Platform has long been held as one of the pieces of software that can help cities manage this complexity. However there are problems with developing these, not least that it requires an entrepreneurial approach that is at odds with the way cities are usually run.

With so much potential for intervention and disruption from the technology sector how on earth do Cities and Governments prioritise focus areas and align the market to support their key objectives, without inhibiting innovation? Quite frankly top down intervention in this area has a long history of not quite achieving what it meant too, so how can citizens influence things for the better and how can we combine both top down and bottom up approaches to achieve a more sustainable and equitable future for all.

Bill Clee approaches the issues from the bottom up. In his view there are economic arguments which, if presented clearly, will demonstrate that smart technology is a perfect solution for many simple tasks. “Understand the problems, not the technology” is for him the key to unlocking the potential of sensors and controls.

In conclusion, from my perspective technology and data has a huge role to play in shaping the future and making both new cities and existing cities successful. And it is so important that the citizen, and other end users are not forgotten in the design, procurement and implementation of technology.

There will not be a one size fits all formula. Cities have different needs (even new cities) and visions of what success looks like. Therefore technology systems have to be flexible and adaptable to future change both from a hardware and software perspective.

Cities have to be supportive of innovation and look to using its data in a way that provides positive outcomes for its citizens, whilst engaging them collaboratively in the process.

As interested parties in this space we need to keep fighting the good fight, which is fusing good sustainable design with technology. We need to become a lot better at articulating whole lifecycle value and ensuring that quality of life is just as an important driver for technology selection as CAPEX and ROI. And Cities need to understand that they need to build better internal capacity and capability and refrain from basing strategies and system selection on short-term metrics that inhibit long term value creation.