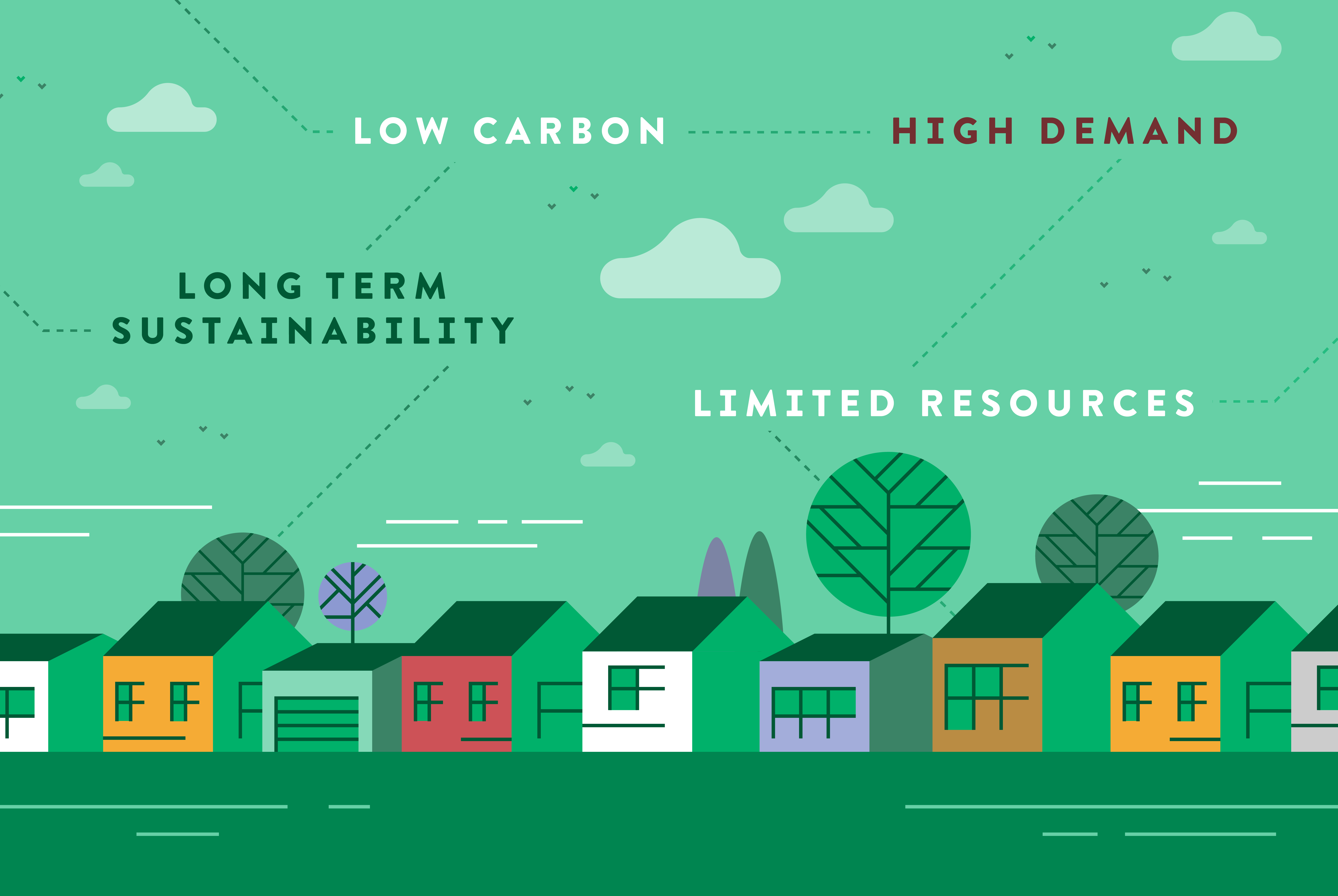 Can the developing world and the developed world (Global North and South) work together on the urgent need for low carbon housing and supporting infrastructure? In the context of rapid urbanisation and limited resources, our current systems need to deliver housing that is affordable and resilient for those that need it. What are the consequences if we don’t do so?

In general, developing countries are very good at dealing with mass provision of housing at speed – ‘The Width’ – but this is often at the expense of ‘The Depth’ – long term resilience. In the North, low carbon housing infrastructure is relatively well developed but slow to reach the population where need is greatest. There is also the opportunity to ‘leapfrog’ developed societies who are struggling with low carbon retrofit. How can cities in the South balance the desire for housing as many urban citizens as possible, and within limited resources, while achieving environmental justice? Is there a global model which we can follow? Or are things better tackled at a national or local level? Can we share some of the best examples of housing practice to see where there are lessons are to be learned.

For example where are the best examples of green low-income housing and should there be a greater uptake of alternative / green / local materials. How best to deal with short term need: does the concept of ‘temporary’ help or hinder? There is also the issue of health: how can engineering design promote healthy living spaces in low income housing?

This Conversation will share perspectives from “developing/developed” countries, and discuss the differences where there could be shared solutions where we can solve problems together and create cross-continent collaboration. 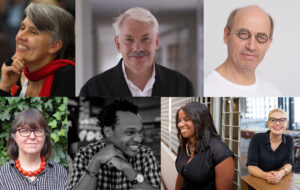 Dr Sandile Mbatha is the Senior Manager at Research and Policy Advocacy Department (RAPA) in eThekwini Municipality where he supports evidence-based policy development process through citywide research and strategic planning. He is a former Director and founder of Ulwazi NS Research Consulting, an organisation focused on human-centric solutions to human settlements; informal land markets; urban planning; local economic development; water; food and energy issues in urban and peri-urban contexts. He holds a PhD in Architecture and Town Planning from the University of Stuttgart, with a focus on informal transactions in low income housing in South Africa. He has also participated in various urban development programmes aimed at fostering development partnerships between the municipality and communities, particularly conducting research on urban renewal and driving stakeholder coordination and engagement.

He has vast experience as consultant across various sectors. His key clients included UN Habitat and UK FCO Future Cities Programme as well as the eThekwini Municipality. He is also a 2017/18 fellow for the Academy for African Urban Diversity, a joint project of the African Centre for Migration and Society at the University of Witwatersrand, the African Centre for Cities at the University of Cape Town, and the Department of Socio-Cultural Diversity at the Max Planck Institute for the Study of Religious and Ethnic Diversity. He has worked at the University of KwaZulu-Natal, South Africa, as a lecturer at the School of Built Environment and Development Studies where he taught Advanced Housing Policy and Finance; Advanced Housing Theory and Practice; Human Habitat and Housing Implementation. He continues to serve as external examiner for postgraduate projects for the same school. He has been co-investigator and principal investigator in both nationally and internationally funded research projects.

Kathleen is part of Buro Happold’s sustainability and physics team and combines her passion for human-focused sustainable design with a technical background in mechanical engineering. She has experience in a wide range of cutting-edge projects across all scales of work including multiple LEED platinum projects, Living Building Challenge projects, historical adaptive reuse, LEED Neighborhood Developments, and city and campus sustainability plans.

Her most recent project work includes coordinating the Living Building Challenge process for the Santa Monica City Services Building, as well as leading the LEED v4 and WELL v1 certification of one of the largest mixed-use redevelopments in downtown Detroit.

Her experience with the Living Building Challenge Material Red List requirements has prompted her to spark a firm-wide effort to identify and reduce the most harmful chemicals within the MEP scope of work, and fuels her passion for improving the health aspects of sustainable materials on all of her projects.

Dr. Debra Roberts is head of the Sustainable and Resilient City Initiatives Unit in eThekwini Municipality (Durban, South Africa). She was a lead author of Chapter 8 (Urban Areas) and a contributing author to Chapter 12 (Africa) of Working Group II’s contribution to the Fifth Assessment Report of the Intergovernmental Panel on Climate Change (IPCC). She was elected as Co-Chair of Working Group II for the IPCC’s sixth assessment cycle in 2015. Dr. Roberts is an Honorary Professor at the University of KwaZulu-Natal in the School of Life Sciences and has been an advisor to the Global Commission on Adaptation, United Cities and Local Governments (UCLG) and the United Nations Secretary General’s 2019 Climate Summit. In 2019 she was included in a list of the World’s 100 Most Influential People in Climate Policy.”

Melissa R. Daniel is an architectural designer in Washington D.C., and the creator and host of the Architecture is Political, a podcast where Black and Brown folks have a conversation about architecture. She served as executive co-chair of the 2017 AIA Women’s Leadership Summit, and was a recipient of a 2018 AIA Associates Award.

Dr Elanor Warwick career’s has spanned architecture, urban design, academic and operational research, aiming to shape national policy and embed good practice. She is Head of Strategic Policy and Research for Clarion Housing Group, one of England’s largest Housing Associations. Previously Head of Research at CABE, she managing a diverse research programme across all sectors of the built environment and design process. Her research interests and publications cover estate regeneration, housing quality, new towns, Lifetime Neighbourhoods and measuring intangibles such as design, wellbeing and social value. She is a postgrad supervisor at UCL and Cambridge University, currently teaching housing to planners. Elanor is a member of the Edge, the Academy of Urbanism, a Design Council Built Environment Expert and an Urbanista.

Matthias Schuler is one of the managing directors of TRANSSOLAR Energietechnik in Stuttgart. Born 1958 he is educated as a mechanical engineer at University Stuttgart. In 1992 he founded the company TRANSSOLAR Climate Engineering in Stuttgart. TRANSSOLAR’S focus is on new energy saving and comfort optimizing strategies by an integral approach for buildings and urban design.

Nowadays – with 75 employees in Stuttgart, Munich, Paris and New York – Matthias Schuler works on national and international projects with architects like SANAA, Frank O. Gehry, Steven Holl, Peter Zumthor and Renzo Piano. Since 2001 teaching as a visiting professor at the Graduated School of Design, Harvard University, he was there Professor in Practice on Environmental Technologies 2008 till 2014.

Aside of building projects Matthias Schuler has realized different “cloud” installations applying the knowledge on physics to realize indoor experiencable clouds, like the “Cloudscapes” at the 2010 Venice Biennale, which was realized with a sky ramp in close collaboration with the architect Tetsuo Kondo. In 2016 Transsolar was again invited to join the Biennale in Venice and realized in collaboration with the architect Anja Thierfelder with “Lightscapes” a strong statement for the strength and beauty of local identity.

Peter Head is Chair of the Swansea University SUNRISE advisory board. Peter is a civil and structural engineer who has become a recognised world leader in major bridges (he received an OBE for successfully delivering the Second Severn Crossing as Government Agent), advanced composite technology and now in sustainable development in cities and regions. He has won many awards for his work including the Award of Merit of IABSE, the Royal Academy of Engineering’s Silver Medal and the Prince Philip Award for Polymers in the Service of Mankind.

He joined Arup in 2004 to create and lead their planning and integrated urbanism team which by 2011 had doubled in size. He directed work on the Dongtan Eco City Planning project which was voted by Chinese developers in 2005 as the most influential development project in China.

In July 2008 he was awarded an honorary doctorate in engineering at Bristol University, where he is a visiting Professor in Sustainable Systems Engineering.

In May 2011 he was appointed as a visiting professor in eco-cities at Westminster University. In 2009 he was awarded the Sir Frank Whittle medal of the Royal Academy of Engineering for a lifetime contribution to the well-being of the nation through environmental innovation.

He established the Ecological Sequestration Trust in 2011.

In 2008 he was named by the Guardian Newspaper as one of 50 people that could ‘save the planet’.

He was cited by Time magazine in 2008 as one of 30 global eco-heroes and has been one of CNN’s Principle Voices.

In 2011 he was awarded the CBE in the New Year’s Honours List for services to Civil Engineering and the Environment.