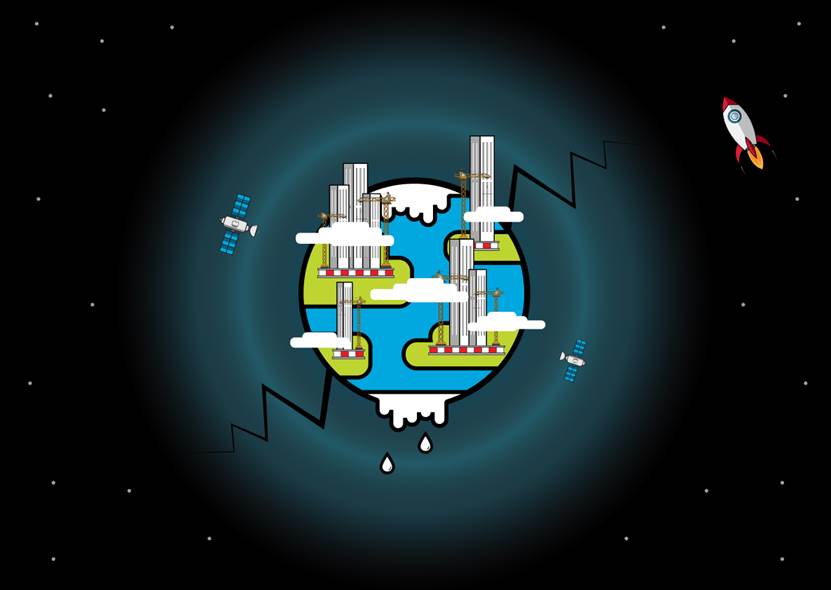 The Conversation took place only a few days after the Grenfell Tower fire in West London and, although the it was not addressed directly in the Conversation, the participants took a moment to reflect and share their sympathy with those affected by the appalling event.

Neil Billet, Design Director BuroHappold Engineering, reports on this discussion around the perceived need for cities to build taller. Many previous events around this topic have been dominated by their de-humanising aspects in terms of economic, wellbeing and in particular their impact on the skyline. This conversation sought to explore these and also add the perspective of sustainability to the debate, both from positive and negative standpoint.

The panel included a combination of academics and practitioners, and it was quickly evident that there were divergent views about the impact of tall buildings on cities. Some felt that it was a policy mistake to allow unfettered development of tall buildings in a city such as London, while others felt that good design – both architectural and environmental – could overcome these objections.

Our first panellist, Simon Allford, leads an architectural practice that works in the UK and internationally, engaging public and private clients in the exploration of a particular architecture’s potential to offer delight and extraordinary utility. He works on a wide range of scales and, eschewing conventions of specialisation and particular uses, develops through his work the polemic for ‘The Universal Building’.

I was intrigued about Simon’s observation about the significance of the tall building as a cohesive integrator of the visual quality at the local and the city scale realm and the role of that place, independent of its success as a functional object.

He believes tall buildings have the potential to help solve city problems – particularly around density. He acknowledges that numerous studies have suggested that high-rise post-war development failed to address density. It also failed to address quality. Looking ahead, he feels tall buildings are a vital part of a future denser urban planning, but only when they are built to last. This last point is crucial as, for economic reasons, tall buildings inevitably survive longer. For this reason, the quality of their architecture and construction needs to reflect this longevity (they are also ever prominent in the public eye).

Klaus Bode is a building environmental services engineer with a passion for sustainable environmental design, and considers architecture and engineering as one. In his view too many tall buildings start from a foundation of ignorance about how to create a comfortable and sustainable environment for the occupants. This ignorance breeds fear, but as he demonstrates in one of his own projects, the Commerzbank in Frankfurt, if you have the courage to look at physics and how this affects fundamental form, it is quite possible to create very sustainable tall buildings.

High rise or tall building designs are typically seen as the antithesis of passive design. In his view, this analogy is both oversimplified and factually false: “It is not a case of ‘if’ certain features, like natural ventilation or maximisation of daylight availability, can be incorporated into the design of tall buildings, but more a question of ‘how’. With some experience in the design of tall buildings over 25 years, the lessons learned have clearly shown a mindset or value issue as opposed to a building physics issue that has restrained the successful integration of passive design features, into the architecture of tall buildings. Therefore, it is simply an issue of attitude, exercised across the board by clients/developers, letting agents, architects and engineers. Currently you could simply say ‘form follows fear’.”

Joana Carla Soares Gonçalves is an architect and urbanist from Rio de Janeiro where she practised with Ana Maria Niemeyer before taking an MA in Environment and Energy Studies at the AA and a PhD on the sustainability of tall buildings at the University of São Paulo, where she has taught since 1998. She has worked as an environmental consultant on projects around Brazil and won awards in a number of design competitions. Her book The Environmental Performance of Tall Buildings was published by Earthscan in June 2010.

Joanna has global experience of how tall buildings perform in the city, contrasting what happens in Sao Paolo compared with, say, Rotterdam and London. Depending on where you are starting from you can have different degrees of success. In Rotterdam with a white sheet of paper and clear intent and a clear purpose that had been developed with strong intellect the idea of making high rise buildings to extend the functionality and increase the denssity of the city in a successful way can be achieved. But they have different constraints in the way buildings meet the ground in Rotterdam than we do in London and maybe there are some incompatibilities and ‘not possibles’.

For Joanna (and the other panelists), ‘tallness’ is a relative concept in architectural and urban terms: ‘tall density’ is often associated with negative microclimatic impact, and this is not for no reason. However, as climatic modifiers, with the support of urban design rules, tall buildings can contribute to inviting open spaces of ‘social density’.

The environmental tall building should have the attributes of any other environmental building. Starting from the very basic environmental principles, making of use of daylight, natural ventilation and adaptive opportunities for comfort and well being.

Philip Steadman is Emeritus Professor of Urban and Built Form Studies at the Bartlett School, University College London, and a Senior Research Associate at the UCL Energy Institute.

Philip articulated the reality of a very strong evidence base of the environmental impact of building tall which has not led to the Nirvana articulated by Klaus of environments that are passively designed, maybe in international locations that are subltly different in terms of climate and urban constraints. Philip was reminding us that in London the energy performance of some of these buildings can get out of control in a way that low-rise buildings do not demonstrate.

The Energy Institute at University College London are just completing an 18-month study entitled High-Rise Buildings: Energy and Density. They have analysed actual metered electricity and gas consumption figures for 600 UK office buildings of different heights. When we compare ‘high-rise’ buildings on 20 storeys or more, with ‘low-rise’ buildings on 6 storeys or fewer, we find that electricity use per square metre in high-rise is two and a half times that in ‘low-rise’. Gas use also increases with height. As a result, total carbon emissions per square metre from ‘high-rise’ are more than twice those from ‘low-rise’.

A parallel study of residential buildings in London using aggregated data shows, by contrast, a sharp increase in gas use with height.

It is often assumed that high densities can only be achieved with high-rise buildings. The reality is rather more complicated. In many circumstances the same densities as are achieved by point towers can be achieved with slabs on fewer storeys, or with courts on still fewer storeys. It follows that energy use and emissions could be substantially decreased in many cases by constructing lower-rise slabs or courts to achieve the same densities as towers.

It is still unproven that the benefits of densification requiring agglomorisation of residential, commercial, leisure etc that predicate the demand for going high really does or does not drive an improved nett increase in enterprise value of a district/borough, city.

There is agreement from Barbara Weiss and the ‘skyliners’ that ‘tall buildings only work if the quality is good’ and that the city can support a framework of good tall buildings without negating the history of the place.

But as Co-founder of the Skyline Campaign in 2014, Barbara believes that many of the new 20+ storey buildings planned for London are hugely prominent and grossly insensitive to their immediate context and appearance on the skyline – a fundamental transformation taking place with a shocking lack of public awareness, consultation or debate. In her view planning and political systems are proving inadequate to protect the valued qualities of London, or to provide a coherent and positive vision for the future skyline. Somehow the enlightened citizen has to find a way to fight back.

Tall buildings are good as long as they are good tall buildings and that ‘good’ not only means health and wellbeing for users (which it is proven they can deliver sustainably, if done well) but also critically they must be good at setting a cohesive visual framework for all the citizens who never enter the building.

The modern city dynamic encourages tall buildings. Is this because the density of infrastructure, including the buildings, is an irresistible imperative? In a historic city such as London we may need to find a way to make tall buildings more appropriate to people that live there. Studies show that similar densities can be achieved in lower-rise buildings too. Can this approach gain wider recognition and become a standard in places where densification is required? And if the march of the tall building in cities inevitable, is it enough to rely on the negotiation of the developer and architect with those who control planning, or should there be a wider study of impact on the city that draws on an international knowledge base? It is perhaps scandalous that there is not more exploration of ‘passive design’ in the environmental design of tall buildings maybe most disturbing of all is that the conversation barely touches on aspects of wellbeing of tall building occupants – is this the new frontier of tall building research?

Watch all of Simon Allford’s presentation: